Over in JoCo, the county and now the City of PV have learned from Sly James, in KCMO, how to deliver the bacon, to their friendly developers.

Remember Van Chevrolet?  They turned developer.  First they failed to invade the Plaza, when Polsinelli got a better deal around the corner, when they convinced Sly to bail out both Bob Bernstein and Terry Dunn--and lease it to them.  Now VanTrust has become a JoCo developer. So they bought Meadowbrook Country Club, 9101 Nall.  And in classic car dealer style, they took it as a "trade in" and are now double dipping profitably on TWO deals!

Now VanTrust wants to build upscale senior housing in PV--but waaaaaahhh--- they don't want to pay their property taxes!  But not even JoCo voters would fall for a TIF giveaway to a car dealer.  So,VanTrust is "parting out the car".  Parcelling off the interior half of the land, and foisting it off on JoCo government, with the first ever "reverse TIF".  Instead of jamming that property tax money into their own pocket, they used the three shell game trick.

VanTrust is stuffing the abated taxes into the pocket of JoCo Parks and Rec.  To cover the taxpayers' cost for the back half of this trade-in.  But ONLY if the SM Schools fall for this game.  And the big vote is this Wed.

So how does JoCo then pay off the swing voter, new Commissioner Ron Shaffer, former mayor of Prairie Village?  Brilliant!  JoCo Parks & Rec is gonna turn an aging Meadowbrook Clubhouse into the first city to receive a FREE community center, at the expense of ALL the county's taxpayers.  For the win: Prairie Village!

But Cindy Neighbor on the SM School Board is opposing the TIF.  Wants to veto it Wed. night. How dare she!!!   Welfare Queen Mayor Laura Wassmer is furious!  She is trotting out Kay Barnes, the giveaway queen of KCMO,  and former Mayor Roe Talliaferro, everyone except Bernie Sanders.

The fact is this: The citizens of Prairie Village are now being lobbied by BOCC Commissioner Ron Shaffer, their former mayor who is trying to deliver the bacon, millions of dollars of JoCo tax dollars, to provide PV with a FREE community center. That is RECREATIONAL WELFARE. No other community got a free community center paid for by ALL of JoCo taxpayers. Not Shawnee, not Lenexa, not even the big dog, OP.  (They are getting one mold-filled room for yoga classes inside King Louie.  By one vote, the BOCC paid $4.5 million for the ugly asbestos filled building. A year later it appraised at $430,000, before pouring $32 million into rehabbing that pig. King Louie is smack dab between Matt Ross Community Center and the vacant Metcalf South.)
Your home is often your single biggest asset.
Your public schools protect your property values.So it doesn't matter if you have kids.Bad schools, eg KCMO, equals lower resale value.A rec center with subsidized day care COMPETES with private industry, which is well capable of offering yoga or pilates classes and day care. If you want the economy to improve, (so your kids and grandkids can get a job and move out of your back bedroom) then stop allowing your governmental lackies to transfer private tasks to public tax financed efforts.SM Schools should STOP allowing businesses to demand TIF's.The Meadowbrook TIF is a shell game.  Pretends the tax is for the county not the car dealer, when it is just an account transfer.By one vote, the JoCo Commission refused to negotiate, and let a car dealer set the inflated price, sans appraisal.And because the car dealer is building things that don't generate much property tax, the TIF is a fake: it will likely never be paid off.It's a gift disguised as an incentive.This is a Trojan horse.  VanTrust is sneaking into NE JoCo to build what they want,on the GOOD land, while sticking the county with the worse half, the interior in need of a giant detention pond, and then using Kay Barnes and Welfare Queen Laura Wassmer to hustle for it, and now trying to guilt trip the SM Schools into taking it in the yoga shorts. 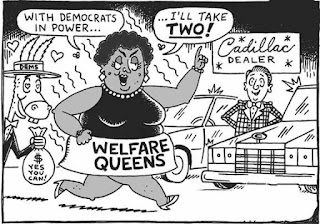 If PV wants a community center, they should pay for it, and not demand RECREATIONAL WELFARE from every resident in Johnson County.The SM School Board, led by Cindy Neighbor of Shawnee, should demand their property taxes. Period. VETO THE TIF.

JoCo, did you learn NOTHING from KCMO???  When you go to sell your home, you don't want to have to lower your selling price by $20,000 to compete with a homebuyer who might not even have kids but wants to move to the Blue Valley School district...for the RESALE VALUE.
What is more important? Resale value of your home? Or putting on your lycra yoga pants and going to the Meadowbrook Welfare Rec Center?