1.  Think about it...Donald Trump would not want a last minute negative story right before Super Tuesday linking him to David Duke, founder of the Louisiana based KKK.  Worst thing that could happen.  And awkward, because even disassociating himself from it makes it an even bigger news story.  Broken earpiece?  Whatever...Trump did not want to talk about it.  So that is how I know Trump didn't do this.  Because he wants to talk about everything else, and ends up winning.

The David Duke/KKK story has the potential to peel just enough votes away from Trump to who else?  In Texas, Ted Cruz!  So it makes far more sense to connect the dots: 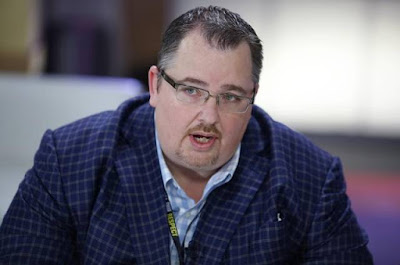 Jeff Roe orchestrated this to hurt Trump, hoping to once more (like Iowa, with the fake Ben Carson is out of the race robocall) edge Cruz over the top to win the state.

2.  There's a corollary to the adage, "If you can't beat 'em, join 'em."  That would be, "If you can't get folks to love YOUR candidate, make them HATE on your opponent."
That is totally in Jeff Roe's wheelhouse.  In this case, by pretending to BE the opponent's supporters. 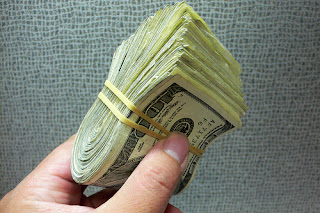 Dirty tricks are by definition, untraceable.  So there is virtually no way to trace a robocall.  The contractor uses a fake name.  Or pays cash.  Or both.  Robocalls are incredibly cheap.  Around 1.7 cents apiece.  So using chump change, Jeff Roe could and certainly would be inclined to send out those red herrings --because regardless of how many he paid for, he would finally achieve FREE media, by shifting the daily news cycle to an anti-Trump message.  After all, the news media has pretty much written off Cruz as a nut case, even less likeable than Trump.  Hard to do, I know!  But yes...Ted Cruz is all that.

How unlikeable is Ted Cruz?  Let me quote Sen. Lindsay Graham at a roast last weekend in WDC: "If Ted Cruz were murdered on the floor of the US Senate, and the trial were held within those Senate chambers, you could not get a conviction."

3.  The sneaky sleazy unexpected factor of this stunt is exactly the kind of dirty trick that Jeff Roe delights in.  One of his idols was Dick Puck.  The original dirty trickster, who delivered West Virginia for Jack Kennedy.  Puck then taught his tricks to one of his aides who idolized the Puckster: Jerry Jette (who went on to be campaign meister for 1970's Mayor Charles B. Wheeler, MD, JD in KCMO).  Jette was my first business partner.  He taught all he knew to our other partner, the late Pat Gray, who then became Jeff Roe's pollster and partner on so many big campaigns in KC.  I called them the Cash Cows of Campaigns.  They only worked for the guys with the deep pockets.  Never gratis, like I often do.

And sometimes, they even finagled contracts where they worked for BOTH sides at once!  Jeff Roe and Pat Gray were mobsters.  "Pay us, and we'll only break ONE of your legs.  We'll go easy on our hate mailers."

Roe's predecessor Jette often told me his favorite Dick Puck stunt: the 4:30 am bullhorn on the ice cream truck through the neighborhoods.
Of course Joe was the opponent.  The point was to rudely and insensitively awaken and alarm voters and piss them off.  A little mild cursing was the cherry on top of the sundae.  Demonstrating such bad judgment proved Joe had no common sense.  It mobilized turnout!  Talk about GetOutTheVote!!!! The ANTI-vote.  And, of course it was an untraceable expense.  And it worked.  Joe lost.

4.  Jeff Roe is a sociopath.  He has no conscience.  And will stop at nothing.  In fact, he is proud of it.  Those who naively believe or hope Roe will not break the law?  Sadly misled.  Roe is an addict, and dirty tricks are his game.
Watch Jeff Roe near tears, Fox News Power Player of the week
Watch him, near tears in his big Fox TV interview.   especially from 2:50 to 3:15. The insecure bully, the fat boy from a Missouri pig farm, is so thrilled to finally have made it to the big time, sitting on the bus with a national candidate, Ted Cruz.
Politico story on trickster Jeff Roe, click here
So with the whole campaign teetering on pulling out a win for Cruz in Texas, would Jeff Roe do anything?  My guess is: yes.

I am not endorsing any candidate.  This is based on my experiences with Jeff Roe.  First, my team lost the race where my ad agency worked for Cathy Reinhardt against Sam Graves for Congress north of the river--when Roe's operatives broke into her apartment, and then accosted her in a parade, camera in face, hoping to get a scary picture of her for the Graves hate mail postcards.  And then, more recently, while I worked for free, my valiant team successfully beat Jeff Roe on two major campaigns here in Kansas City:  BiState II and Big Soccer.  Even tho Roe lied his ass off, and we were outspent 112 to 1.  We beat Jeff Roe twice.  And saved KC area taxpayers $2.5 billion dollars in taxes and bonds to build stadiums for billionnaires.

I have always felt that Jeff Roe will bring down Ted Cruz.  Couldn't happen to two less likeable guys. And if not this week, then soon.