Of 3 Exit Strategies for Hillary: Take Door #1, Cancer Diagnosis, Real or Fake. It Allows You to Save Face.


You read it here first on www.KCMOPost.com, in a blue state, from a feminist: Hillary Clinton will not run for President, and if she does, she will not be elected.  She just needs to select the exit strategy that allows her to save face.  Here are the top 3:
1.   She will be diagnosed, by a trusted friendly doctor, with cancer.  Real or fake. And leave immediately.
2.   She will manifest another medical issue, eg a stroke or something affecting her cognitive abilities.  Her family will make the announcement for her.
3.   Or the Nuclear Option-- if she keeps refusing to listen: Bill Clinton will step out on her SO publically with his decade long friend, divorcee Julie Taubor McMahon, known by the Secret Service as the ‘Energizer’. 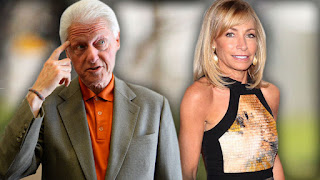 That WOULD be humiliating.  She will suffer a crisis of confidence, perhaps a nervous breakdown.  Since all the polls are saying she cannot win, out of concern for future control of the Supreme Court, the real issue for the D's, she will reluctantly and bravely withdraw from the race and bestow her support on someone else.  Her farewell speech and even her dress will be like Elaine Paige as Evita Peron.  But she will be singing, “Don’t Cry for Me, Bernie Sanders…”

Someone has to tell Hillary: It’s over.  I don’t think she is listening to Bill.  So--it might as well be me.  I was for her in 2008.  Even tho I am now a Republican in Kansas, I knew then that Sarah Palin was a ditsy broad—illiterate and brash.  So as banged up as McCain was, I just couldn’t vote for Palin to be one breath away from chatting over the snow fence with Putin.  (And now she wants folks to “speak American.”  Many Republican men I know may fantasize sleeping with her (or sharing a pizza).  But Palin is a low-integrity perky prom queen who quit her last job halfway through her first term, then quit her TV show and now hopes to be named Secretary of Energy so she can close the agency down.)

Left with no choice, I thus supported Hillary to be our first woman President. I even mailed her 7 checks.  Only tokens.  I am not rich.  They totaled $247 I think. The last five checks were in odd amounts like $18 or $27: mirroring the percentage points by which she beat Obama in a particular state’s primary.  Then the black Manchurian candidate boxed her in as “pro-war”, branding himself as the only anti-war candidate.  He lied about being anti-war, promising to close Gitmo immediately and get us out of Afghanistan.  It was over then.

And yes, I was proud, at first, of her taking the world’s worst job, Secretary of State. So many frequent flier miles.  So little sleep.  Hillary is a hard worker; we all give her that.

But remember after Benghazi, Congress wanted her to testify, so she claimed she “hit her head” and her doctor wouldn’t let her leave her house?  Nation!  That was your first clue.  When the going got tough, Hillary called her doctor.  Got a note like her Mom used to write: “Hillary cannot come to class today.  Or the next three weeks till your hearings are over.”

Hillary, dear unlikeable one: It’s just not in the Akashic record this lifetime for you to be President.  I think you already knew that.  As First Lady, your girlfriends invited the great Jean Houston to the White House. She conducted a past life regression.  Honest to God, look it up, folks.  Hillary wanted to contact Eleanor Roosevelt.  I believe they ALL told you, even Eleanor: Not in this lifetime, sorry.  But you didn’t listen. 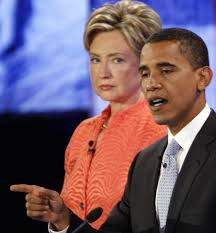 And remember the CNN debate, when Obama said, "You're likeable enough."

Ouch.  Well, you are much less likeable now.  Your voice is even more shrill.  You sound defensive and desperate. This new softer "heart and humor" act is so forced.  Like ceramic nails on a chalkboard. You are trying way too hard.  And since the doctor cut back on your estrogen, (they all do that when you turn 65, to avoid heart attacks)—well, you have aged greatly.  And not for the good.  I know.  It happened to me as well.
At least Ronald Reagan’s handlers were smart enough to prep his throat gobbler before his appearances with that secret facelift product: Preparation H.  Indeed.

Hillary, your act is stale.  Your jokes are horrid, as in, “What—wipe the hard drive, like with a cloth?”  Who is your joke writer?  Bobby Jindal??  Sinbad??

And this week, I notice you are hoarse.  Have you been crying?  I bet. I would, too.  You are trying to put on a brave face for your “reset”.  I bet the Labor Day huddle with your staff was brutal.  Bill and the staff ringed the room with posters of the polls.  Those numbers are falling faster than the closeout sale of shriveled plants in the garden department at your nearest Walmart: “Beware of falling prices!” 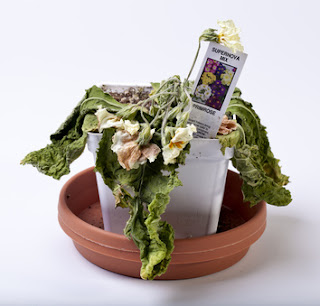 So here is my coaching:
Hillary: Take Door #1.  Get a cancer diagnosis. Real or fake. Any organ will do. Get out of the race and go home. Take treatments, have a miraculous healing.  Perhaps in December, 2016.  Being an object of pity is better than an object of scorn.  Be an awesome Grandma to Charlotte.  You’ve had a great run.  But like Sunset Boulevard, you are Norma Desmond.  You are NOT ready for your closeup.  The game changed.  You lost in 2008.  Pack it up.  Accept it.

By selecting Door #1, you save the most face.  And preserve your legacy. Nobody wants you to die.  They just don’t want you to be President.  You can still earn money, make speeches and be a leader at the Clinton Foundation.

Door #2 is really not a choice—but considering the stress you are putting on yourself, might be your body’s way of telling you to leave the campaign.  That’s how diseases work: symptoms are their morse code.

And Door #3 would be sad for all of us.  You married Likeable Bill.  You are Less Likeable.  If he has to get your attention by stepping out on you with the Energizer, well, it’s just gonna get so awkward.  Seating charts for Thanksgiving? The Seder dinners with Chelsea’s husband’s family?  Christmas in Chappaqua?  And working at the Foundation…with recipient Julie?  So definitely…Door #1.

KCMOPost.com salutes the late Dr. Wayne Dyer--major fundraiser for KCPT. Watch his movie, The Shift, online for free all this MONTH.

Many in Kansas City watched KCPT-Ch. 19 fundraiser weeks, year after year, and got to know Wayne Dyer that way.  He generously gave away so many books and movies in support of educational television.  KCPT had many years of fundraiser hosts, including a violinist conductor who looked, to me at least, like a pirate.  But I believe Wayne Dyer's presentations generated the most revenues, which have happily kept KCPT on the air and growing. 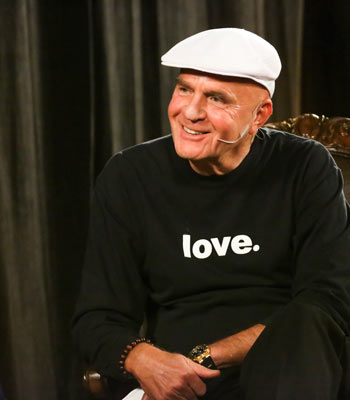 Wayne's interviews with a woman he discovered, and got her story published by Hay House, Anita Moorjani, were especially moving.  Moorjani had a very vivid "I came back from the dead" story and the two of them told that to the world.

You may also recall that Dr. Dyer shared how he was diagnosed about five years ago with leukemia and was given 7 months to live.  Instead of traditional medical treatment, he took a spiritual healing treatment from a celebrated holy man, John of God, in south America.  And, according to Wayne, he was healed.

So I am happy to report to all the skeptics out there: that Wayne Dyer died.  And not from leukemia!  He had a heart attack.  A much more electrical exit from this plane of existence.

He went out like a firework.  So here is the link to Katy Perry's song, Baby You're a Firework.  It has been viewed 613 MILLION times.  Pretty amazing video and the entire set of lyrics really echo what Wayne was always talking about. "You don't have to feel like a waste of space...some day, like a lightning bolt your heart will blow....   "

Baby, You're a Firework

Some of you may find me, in particular, a bit dark in my writing some days.  But I can assure you, I am motivated to nudge all of us to speak out and make Kansas City a much better place.   I launched this second blog, KCMOPost.com, (sister to JoCoPost.com) out of a burst of anger at the 1%'ers (like Stan Kroenke, this week's Public Enemy #1, who keep making tax grabs.  I am committed to devising strategies and organizing the silent majority into stopping those practices that are destroying the middle class here.  It won't always be pretty.  We will name names.  But I hope that it will make a difference.

My former minister at Unity of Overland Park, Rev. Mary Omwake, now lives on Maui.  She often went to the movies with Wayne, and Deepak Chopra.  She hangs with some pretty cool company. And is a confidant of 84 year old Ram Dass, also on Maui.  Mary emailed yesterday that a gathering spiritual team there on Maui is at work organizing big sendoffs for Wayne--around the world, including a big event in New York Nov. 14.

Not bad for a kid whose single mother sent him and his two brothers to an orphanage at age 3.  At age 50, Wayne quit his tenured professor job--walked away from a job for life that did not light him up.   He drove to Alabama to visit the grave of the father, who had abandoned the family--and FORGAVE him.  That day, he 'invented a more empowering interpretation' for what happened to him and his brothers.  That decision to affirm rather than to resent, is what  allowed Wayne to say that his father's abandonment was the greatest gift he ever received.  It launched the whole second act of his great life.

Just now I learned that through his publisher, Hay House, (thank you, Louise Hay and Reid Treacy) they are allowing the world to view Wayne's most popular movie, THE SHIFT, online FOR FREE NOW THRU SEPT 30.   (Originally it was just for a week, now extended.)

So even if you watched it years ago, it's worth another viewing. Or sharing with a loved one.   Since it is more auditory than visual, I listened to the voice track while writing this post.

And may you find the courage to do something outrageous this week.  Insist on living a life that lights you up, until you, too, burst into sparks, LIKE A FIREWORK.