KCMO next? Watch Detroit "Renaissance" collapse over schools and water. Ignorant union president Ivy Bailey is so lazy, she says AX instead of ASK. And 20,000 HH have water shut off this week.

So the Detroit public schools are out for a 2nd day, protesting budget cuts.  Which is sad.  They are not allowed to "strike" so it's a "sick out". 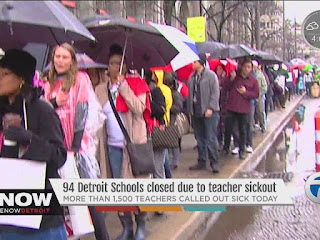 And, 20,000 households in Detroit are having their water turned off this week, in a city of 700,000, for refusal to at least go on a payment plan.  These residents just don't pay their bills, and don't take advantage of the solution.  They are defiant.  They are mad. 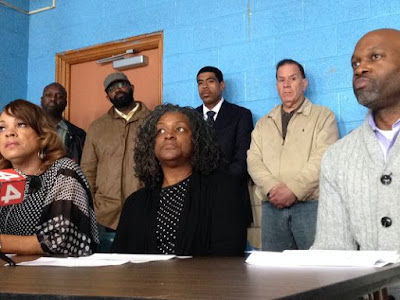 Click here: Watch the 2 min video, about Detroit's broke schools AND turning off the water to 20,000 HH this week.

Do you feel the "bern", Kansas City?  You may be next.

But what gripes me is when Ivy Bailey, the president of their teachers' union cannot speak good English. 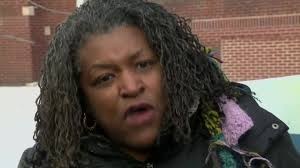 Her comment on CBS News This Morning, and I am typing literally her quote:
"Nobody should be AXED to work for free.  Nobody."

Perhaps, Ivy Bailey should be AXED from her job as Interim President of Detroit Federation of Teachers, if she cannot speak proper English, on national TV.  No wonder urban kids cannot find jobs, when their mentors and teachers are that lazy or culturally obstinant, and thus willing to resort to Patois or just sloppy pronunciation.

Ms. Bailey, the word is ASK. Not AXE.  Yes, it takes a skosh longer to pronounce it, for African Americans.  But it is not impossible.  I'm not sure if Asians cannot pronounce their L's.  But I do know that all Americans can pronounce ASK.

When the leaders of a movement come across as uneducated and angry, they are less likely to be persuasive in enrolling city leaders into solving the problems.  Just saying.
---

The City of KCMO is not far behind Detroit.  Failing schools.  Improper English.  And the Kansas City Water Department raised the rates last week to an average of $110 a month for city water.  Due to the Council's eternal failure to fix the crumbling pipes, or to gradually raise rates to cover maintenance. 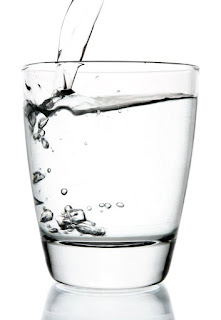