Do you and your date--or entire family--need a great night out, a "staycation"?  Something that gives you goosebumps?  And not just because their A/C is set at 67??  My playwright/Hollywood promoter friend Bill Doty is my guru for music and theatre and film.  When it's good, he sees performances multiple times.  We agree: "KC is remarkable for its talent for singers and actors.  Much better than Denver, rivaled in the Midwest only by Chicago."

Note: Kids come free, if you sit in the more affordable side seats, which are great: I know from experience.  You are close to the action!   Get tix here.  Today.  Since you won't be seeing Hamilton till 2018, for $1200 a ticket, LOL. 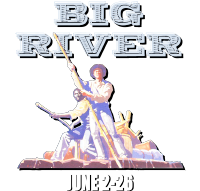 BIG RIVER is an absolute killer – in which every single song is a show stopper.

Concert-style performances allow the Director to choose fantastic voices – not having to worry about “selling” the tune, marching back and forth to use the entire stage, using props, painted sets and so forth. 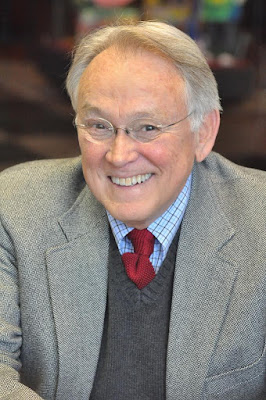 These performers, including Kip Niven, are absolute virtuoso’s – the likes of which we’d like to see on Broadway.  Incidentally, this show could be picked up and put on Broadway, as it stands, without changing a word.

BIG RIVER is a musical that I had seen once before by the national company, based on Mark Twain’s 1884 book “The Adventures of Huckleberry Finn.”   It's the first musical the late Roger Miller ever wrote and, he said at the time, the most difficult music he ever wrote.  Musical Theater Heritage Founder and Executive Producer George Harter said that the first production won 7 Tony Awards and then the revival garnered another 9 nominations and won another Tony for Excellence in Theatre.  So that's as many nominations as Hamilton got.

'Big River' is described as one of the few, if not the only American musical in the Eighties to rise above a failing Broadway, invaded by Andrew Lloyd Webber’s smash hits, the “Jesus Christ Superstar,” “Evita,” “Phantom...,” “Joseph/Technicolor Dreamcoat,” “CATS” phenomena and the venerable “Les Miserables” (Schonberg-Boubil).  {Doty should know.  He spent a dinner in London seated next to Andrew Lloyd Webber, and was offered house seats to CATS.}
I will be going again.  “Big River” will play through this Sunday, June 26 on Thurs, Fri, Sat, Sun’s.  If you like theatre and haven’t seen this one – you haven’t seen what theatre can be... The Best!"

MTHKC.com
816/221-6987
Tell 'em Tracy and Tony sent you..you must call box office to get the free kid deal.
==
Plus, now Musical Theater Heritage has a FREE event on First Fridays, including July 1:
Since you'll already be in the Crossroads, hot and thirsty since the galleries are very chintzy with the wine any more, enjoy the free parking at Crown Center, find the 3rd floor of Crown Center SHOPS, buy a drink and sit down and watch free movies--the shorts.  Perfect for your attention span!  And remember to bring a scarf or wrap or jacket, because the A/C is incredible.  Did you see Snowpiercer, where Tilda Swinton put the man's arm out the hole in the ice train for 7 minutes???  Freezing cold like that!!....MTHKC even keeps blankies on a shelf, if you forget.


First Friday Film Festival - Kansas City - 2016 is the inaugural season of the FIRST FRIDAY FILM FESTIVAL. FREE TO THE PUBLIC, short film festival recurring every first Friday, after most of the galleries have closed. The doors to the venue and bar open at 8:30pm, the screening begins at 9:30 and runs until 11pm. Admission is always FREE. Seating is first come, first served.  You may reserve a free seat in advance...at MTHKC.com.  Ha, much better than fighting the downtown rowdies for a seat in a noisy bar.

Protestors at VAXXED, the controversial autism/vaccine expose at Glenwood Arts, refused offers of free tickets to see what they were protesting.

One of the most important films you will ever see: VAXXED: From Coverup to Catastrophe is showing ONLY at the Glenwood Arts, ONLY thru Thursday.  12:05, 2:30, 4:40 and 7:05pm.  It was banned at the Tribeca Film Festival, by Sloan Kettering Hospital, a big sponsor who threatened to cancel their sponsorship.  Then AFTER the festival, founder Robert DeNiro, (who has a child with autism but was outvoted) said on the Today Show, "I think this film is something everyone should see."

You may think you know what you believe.  I did.  This film changed my mind: I am not against all vaccines.  But we should spread them out, especially for black kids.  I watched with an open mind.  See the pediatrician (they are the vaccine distributors/administrators following the CDC mandated schedule) admit: "I've been lied to by our government.  I've endangered my young patients' lives." 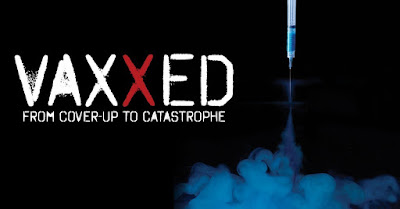 Now I kinda expected controversial Dr. Andrew Wakefield to be a clone of wild-eyed crazy man Clay Chastain, former KC resident zealot for light rail.  He is not!   Wakefield is thoughtful, respectful, and he has strategic suggestions.

Space out the vaccines.  Separate Measles from Mumps from Rubella like we did in the 50's--when autism was 1 in 150,000.  Now its 1 in 67.  Administer one vaccine a year.   Rather than a toxic cocktail of three live virusses.  What could go wrong!  And delay innoculations--not at 15 months for black kids.  A bit later.  Congress needs to call the CDC whistleblower who admits exactly how they fraudulently deleted data and cooked the books.  And, end Vaccine Court, the 1986 US law that exempts Big Pharma from all damages, based on the CDC's corrupt data.  Those ideas all make great sense, don't they?

The black Mom in the film was compelling--she has twins.  The son had the vaccine and became dangerously disabled autistic.  His twin sister did not receive the vaccine.  She's a genius, playing concertos on the piano.

I love how the Disney lobby is upset that 675 kids got measles last year at Disneyland.  Well, what about the 1 million kids, mostly boys, who contracted autism the same year?  Where's their lobby???
And now California wants to mandate following the CDC schedule?  Hear the facts.  Change your mind.

Maybe families should wait till their kids are older to be vaccinated, and THEN take 'em to Disneyland.  Or the halls of Congress--to watch the horror show called "Big Pharma Zombies Buy Your Congressman and Suck His Blood."  (Maybe that will play this fall, Nov. 4-10 at the Ks. International Film Festival at the Glenwood Arts.)

MANY thanks to www. tonyskansascity.com for posting a 30 min. review video.  You may see it at his post for Sunday at 5:30am. 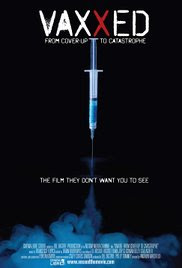