Shake my shower doors once in Shawnee, shame on you.  (7:02 am for about 20 seconds, Sat. Sept. 3.)  But do it twice, shame on me.  Let's stop allowing earthquakes in Kansas City, because of Oklahoma oil and gas producers pumping their saltwater waste water back into the ground!!!  Duh!!!!

It doesn't take a Schlitterbahn or UG government engineer or that madman Jeff Henry who designed Verruckt on a cocktail napkin, to realize that there is physics and science at work here.  What goes down does not disappear.  Stop pouring your salt water waste on top of the crystalline basement that is full of faults.  Kansas City sits on the New Madrid fault.  That hasn't gone off since 1812.  Let's not taunt it.  Today's 5.6 earthquake tremor was from Oklahoma.  Stop messing around!

It's not what I first thought...Oklahoma fracking for natural gas.  It's the waste from regular oil and gas producers.  So it's not T. Boone Pickens I am after.  But it sure might be the Koch brothers!!!!  (And their boy, Sam Brownback.)

Here's the excellent and comprehensive Bill Whitaker story from CBSNews.com that aired May 8, in full:
Read the 60 Minutes May 8 story here!!!

Note--You do not need to bother subscribing, to see the video, if you just want to read the text, scroll down fast, for free.

Kim Hatfield: You have to understand that injection into the Arbuckle is not something that started in 2009, 2008, or even 2000. This is something that's been going on for 60, 70 years. And we've had-- had a sudden change. And the question is what changed.
The amount of wastewater injected into disposal wells last year is triple what it was in 2009, adding up to more than 200 billion gallons of water in seven years.
Bill Whitaker: The thing that's different is the amount of water that the oil industry is pumping into the Arbuckle Formation. That's what's different. And along with that difference comes these earthquakes. That's not the trigger?
Kim Hatfield: The injection of water is a factor. But it is not possibly the only factor. We don't know.
Bill Whitaker: So-- so what more needs to be done?
Kim Hatfield: We need to understand this issue. It's not as simple as saying, "Well, let's just stop injecting water." The energy industry is very important to the state.
Mike Teague: If it's your house that's shaking there is no way that we're moving fast enough.
Mike Teague is Oklahoma's Secretary of Energy and Environment. He's got the tough job of protecting Oklahoma's anxious citizens without damaging it's most important industry.
Mike Teague: I keep track of all earthquakes above a 3.0 in the state and 2012 we had three dozen in the entire year. 2013 we had 109. Next year we 585. Last year we had 907.
Bill Whitaker: That's an alarming increase.
Mike Teague: Absolutely.
Bill Whitaker: So what have you concluded is the cause?
Mike Teague: Well, the focus right-- is-- right now is disposal wells.
Bill Whitaker: How do you balance out the economic benefit of the gas and oil industry and the public safety?
Mike Teague: I don't think it's a balance. I think public safety has to take precedence.
Mark Zoback from Stanford has been working with Mike Teague and the state earthquake council for more than a year.
Mark Zoback: Lowering the total amount of salt water injection into the Arbuckle is the only way that these earthquakes are gonna start to subside.
--
My job is not to master the science of this.  My job is to prod the elected officials to STAND STILL or STOP WHAT THEY ARE LETTING THEIR CAMPAIGN CONTRIBUTORS DO, until they can fix this. 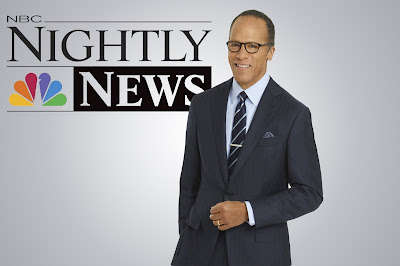 Write to Lester Holt, at NBC News, moderator of the first Presidential debate.  Let's make sure  both Hillary and Trump are put on the hot seat, and asked if they will order a halt to saltwater disposal into the earth's core NOW.
Here's an idea: Since you can't pour saltwater into our rivers, HAUL YOUR WASTE WATER TO AN OCEAN.  OR DESALINATE YOUR WASTE WATER.  Stop causing earthquakes.  It may raise the cost of gasoline.  Maybe time for a Prius???

Note, due to linking errors, you may need to log onto my actual web sites:  www.KcmoPost.com. to also see companion stories on www.JocoPost.com.
I need someone who knows blogger.com to fix this RSS feed error for me, please and thank you.  Tracy Thomas, publisher.